One week ago a video turned up in my Facebook timeline which had been shared by more than 20 of my Facebook friends. Quite impressive, especially since it was posted by the metal workers union IG Metall. It is meant … Read more →

Short intro: The blogger Turner Barr accuses the global HRM firm Adecco of having used his idea, name and even personality for a campaign.

In my first post about the fight over “Around the world in 80 jobs” I mentioned I had both asked Turner Barr and Adecco for further clarifications. I had asked Turner since when he had been in contact with Adecco, what he wanted to achieve, what they had offered and what he considers being a good outcome of the story. After their first reply I had asked Adecco (again) how and in which kind of process they had developed the idea and also questioned the “corporate social responsibility” character of the campaign which looks more like a brand idea to me. Read more →

This is a story of either a bold theft of creativity or a big big coincidence. It is a story of a blogger and a multi million dollar company, a story of an idea and its name, a dream and a campaign. Read the full thing. 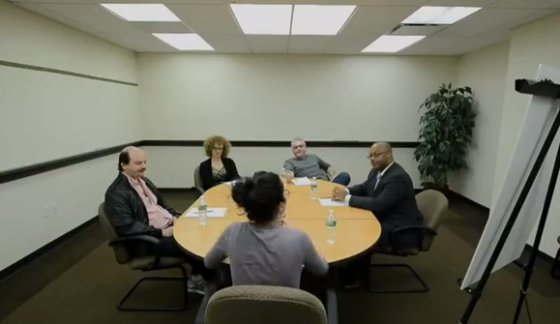 If you work in communication you know this situation. “Focus groups” are people picked by an advertising or market research agency who represent customers. They are put in a room to share ideas about a product, a design or a campaign. They are meant to find out “insights” and feedback to test the marketability, but in fact, most of the time they are like shown in the video after the click. Read more →

The second Awesome foundation grant this year goes to (drumroll..) Jay Cousins and his idea to build bird houses in the city! Here is a bit of his plan: “Make a little birdhouse in your Keats” will show people how … Read more →

Last weekend I went to the German ADC festival in Frankfurt. The Art Directors club (ADC) awards good ideas and designs from the communications world, from tv ads to magazine design, there is a conference and of course many parties. … Read more →

Only two weeks ago, Heineken came out with the Starplayer iPhone app, which lets players estimate situations in Champions league football matches, while watching it on tv. I had the chance to test it from the beginning and I have … Read more →

An interactive trailer which pulls your friends information from Facebook and integrates it in the movie. Technically, it’s not a problem to put individual text and video into a flash movie. Alone, the right idea and the concept is a … Read more →

Back in the days