An interactive trailer which pulls your friends information from Facebook and integrates it in the movie. 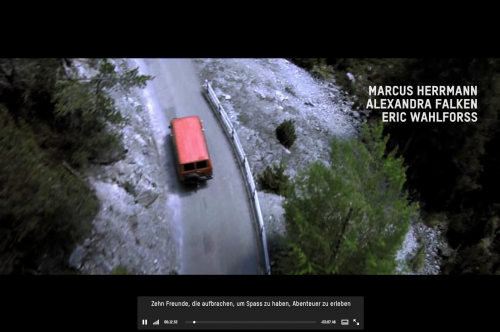 Technically, it’s not a problem to put individual text and video into a flash movie. Alone, the right idea and the concept is a challenge that Lost in Val Sinestra solves in a very smart way. By connecting your Facebook account to the Val Sinestra Trailer Editor a random selection from your friends list is made, you can chose a “Thrill factor” and your movie is being generated. Your own name will be used for the director’s title, your friend’s names and pictures will be integrated into the plot, on guest lists, on papers, fotographs or in the tv news. Alone, the sharing is not thought through really. In the end, I would expect a suggestion to share your own movie in your news stream and at the wall of all the people that take part in the movie. Technically, that would have been possible.

Try it out at http://www1.lost-in-val-sinestra.com/

Update: Obviously, this is not a movie Trailer but a campaign for Swisscom, as Techcrunch reports.