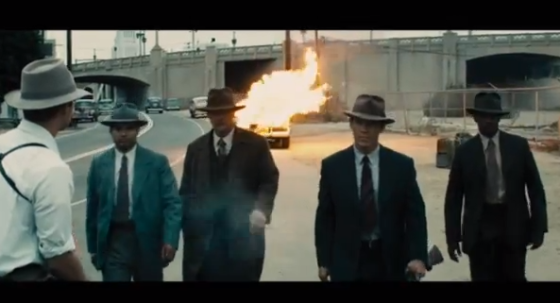 Here is a list of movies (especially gangster movies) I need to see. Partly as a note to myself, partly as an inspiration for my readers.
Watch more films!

Los Angeles, 1949. Ruthless, Brooklyn-born mob king Mickey Cohen runs the show in this town, reaping the ill-gotten gains from the drugs, the guns, the prostitutes and-if he has his way-every wire bet placed west of Chicago.

LAWLESS is the true story of the infamous Bondurant Brothers: bootlegging siblings who made a run for the American Dream in Prohibition-era Virginia. In this epic gangster tale, inspired by true-life tales of author Matt Bondurant’s family in his novel “The Wettest County in the World”, the loyalty of three brothers is put to the test against the backdrop of the nation’s most notorious crime wave.


Jake Gyllenhaal and Michael Peña are Brian and Mike, two smart, courageous officers who through cop instinct bust open drug and human-trafficking rings run by the Mexican cartels, and now the rumour is that a revenge assassination has been “greenlit” by some high-ranking executives south of the border.

After spending four years in a mental institution, a former teacher moves back in with his mother and tries to reconcile with his ex-wife.

As the Iranian revolution reaches a boiling point, a CIA ‘exfiltration’ specialist concocts a risky plan to free six Americans who have found shelter at the home of the Canadian ambassador.