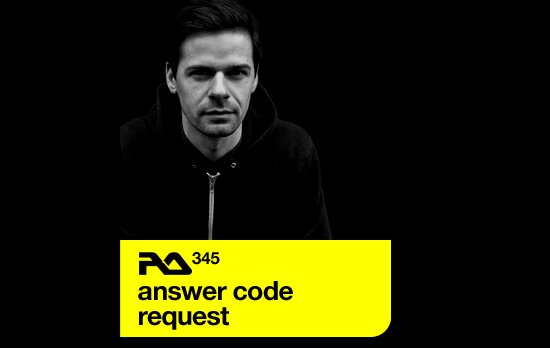 I have been with this guy for almost ten years now. Patrick has always been a good friend and musical companion, I first blogged about him in 2004 when we played together in Baden Baden. Today is a special day because he has finally come as far as to release a mix on one of the worlds most important dj podcasts, Resident Advisor. This is truly amazing and I am very happy and proud.

I followed his way ever since his artistic name was “Patrique” and while his style developed from a deep and groovy house to a more complex, dubby and heavy techno, able to fill big rooms. His current musical project is “Answer Code Request” which represents mature, dubby and spacious electronic music with several releases on Marcel Dettmann Records.

As Patrick Gräser he is a resident in Berghain and Panorama Bar, Berlin and plays at Fabric, London, Amsterdam, Moscow and many other major clubs in Europe. There is only one more step for the next years: Put up a massive live show and play the big festivals and international clubs!