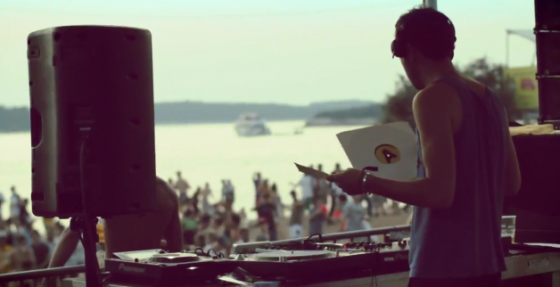 The line up speaks for itself. Claiming to be “Europe’s leading bass music and sound system festival” the Outlook festival has almost everybody there who influenced and shaped this genre over the last years: Fat Freddy’s Drop, Skream, Lee Scratch Perry, Digital Mystikz – Mala & Coki, DJ Marky, The Beatnuts, Zinc, Gold Panda, Scuba, Goldie, Kode 9, Pinch, Calibre, Addison Groove, Applebim and many, many more.

And if that wouldn’t be enough, the location looks superb: Situated on a pensinsula in the Croation Adriatic coastline in Punta Christo, Pula, in between ruins of old castles and forts and beaches. Happening from the 30th of august to the 3rd of september. 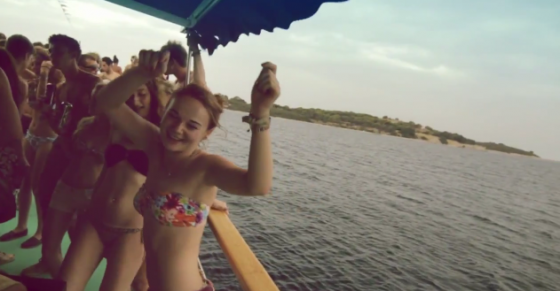 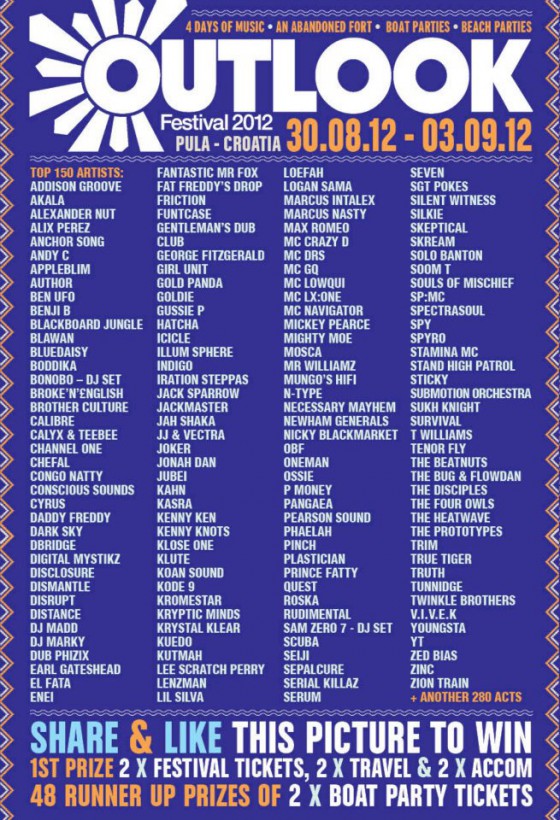