Saturday is the most crowded day at Melt and the line-up is packed. I tried to see a lot and in the end felt a bit dissatisfied. I should have concentrated a bit more, I guess. Plus, I got to play in the VIP tent from 5am to 6am which drew too much of my attention. It was surely a cool thing to do, but I wasn’t good at all and there was hardly anybody there. Instead of copying mp3s to USB sticks and plan the set I should have enjoyed the shows. 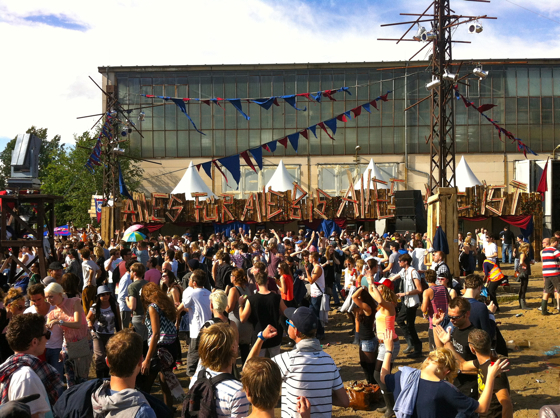 The Sleepless floor was packed the whole afternoon and boasted with a crazy atmosphere, Gerd Janson played a very warm and fluffy sound, exactly right for the people. 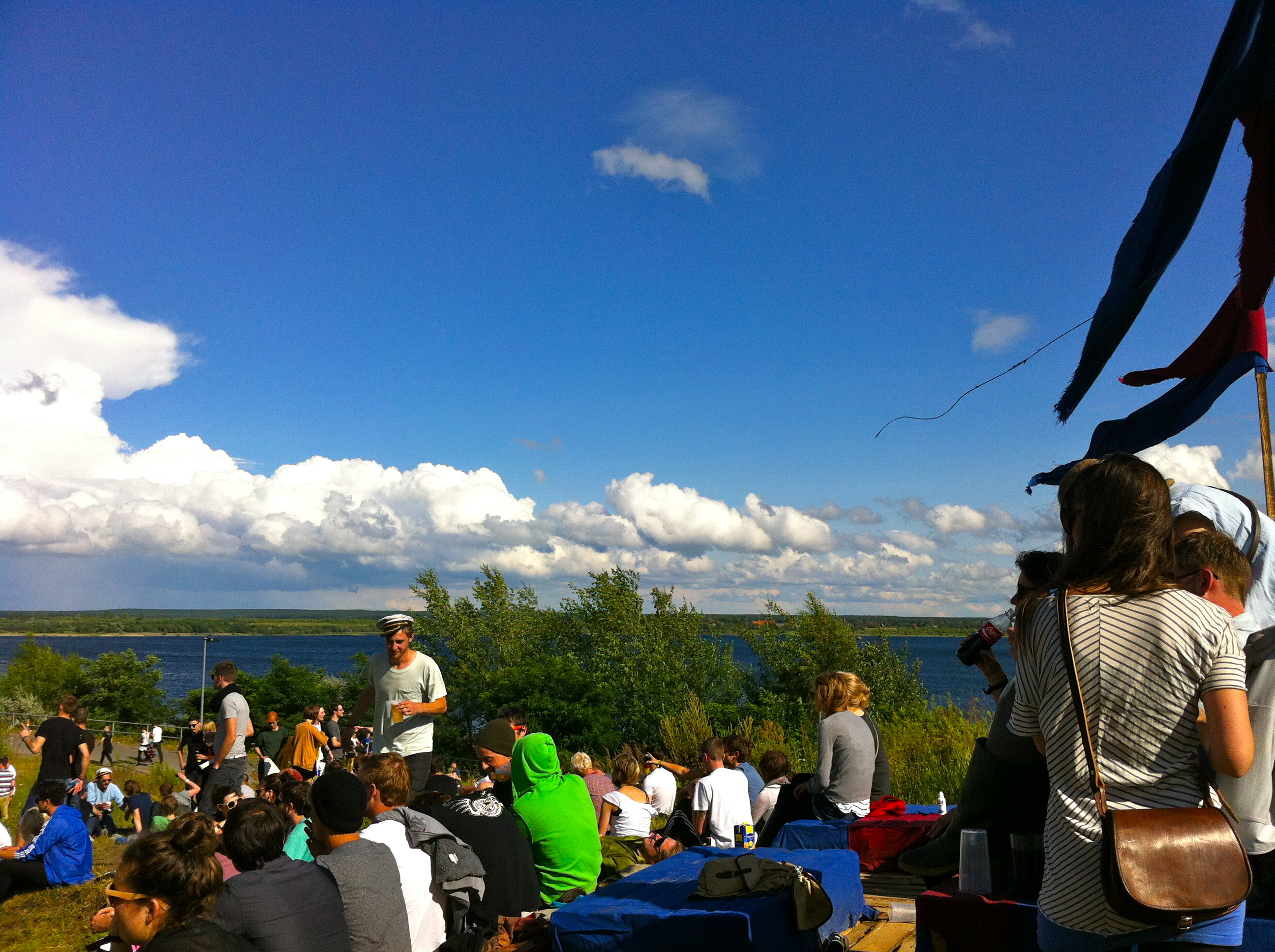 At the same time, also very good, but not in the picture: Todd Terrje and later Dixon on the Gemini stage. 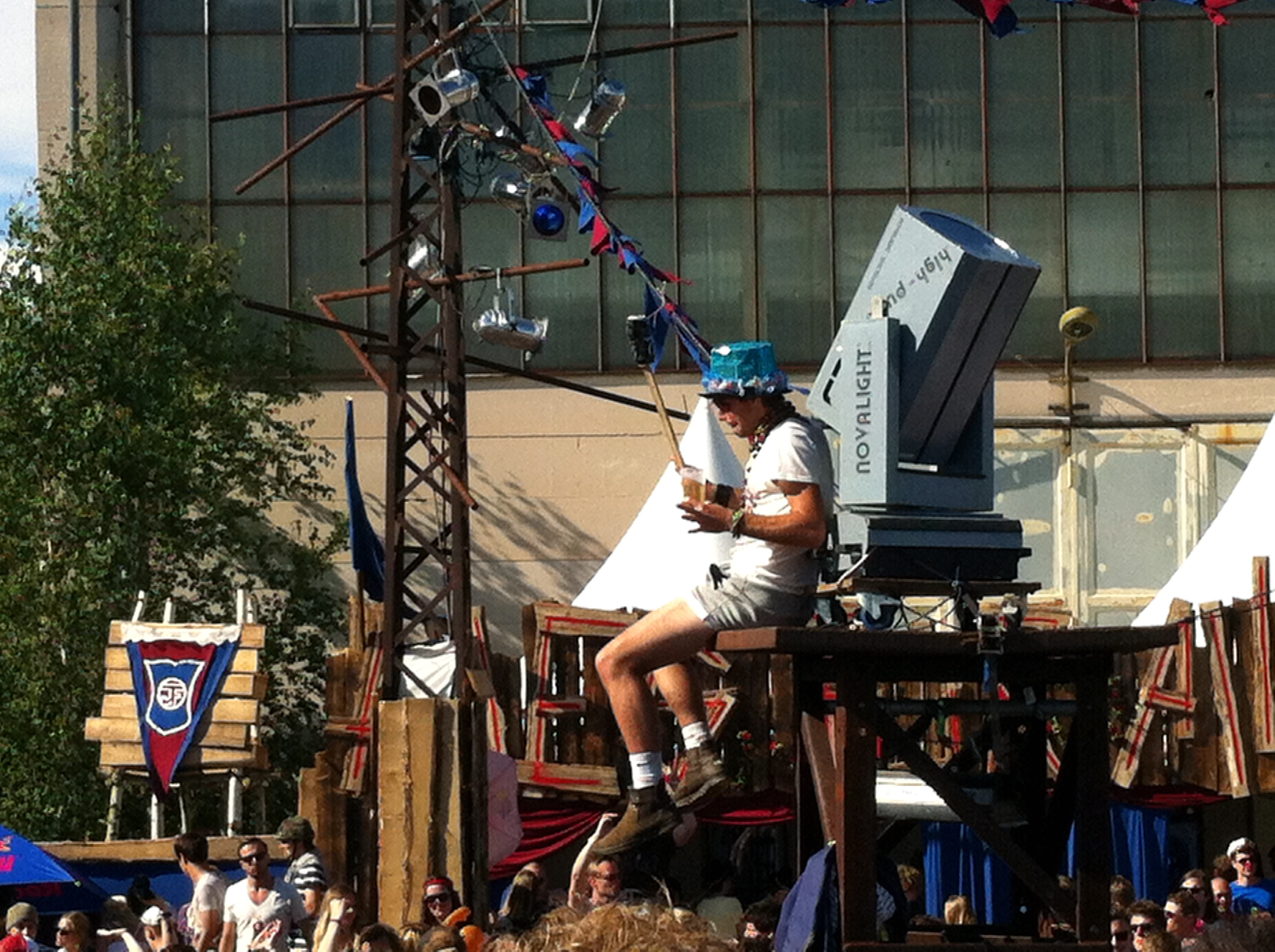 Araab Muzik proved why he is the “MVP on the MPC”, solely performing with the touchpads, every sound live from the sampler without any loops or synths. Amazing. No wonder that his hands hurt in the middle of the festival season. 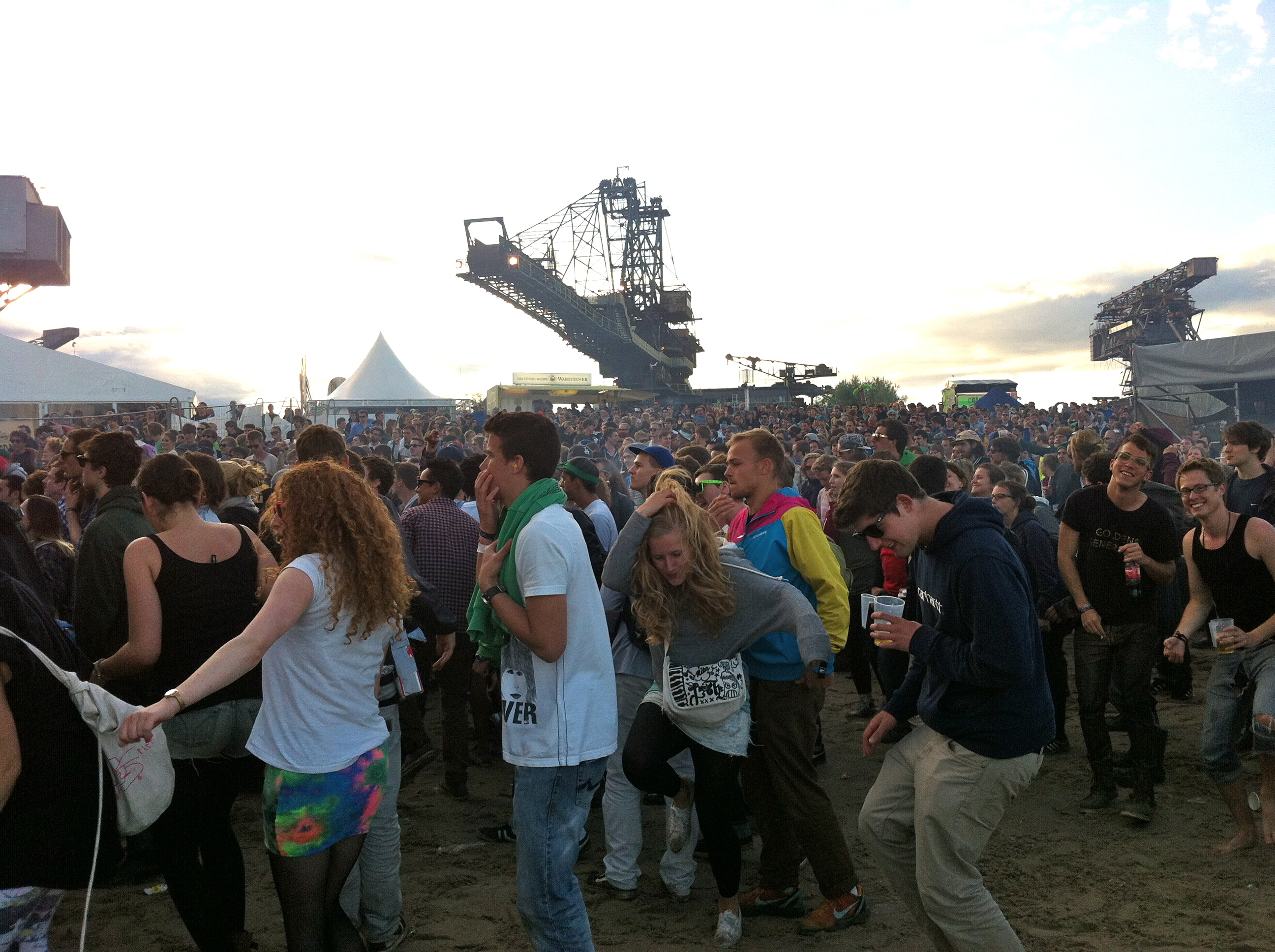 Made the people go dancing.. 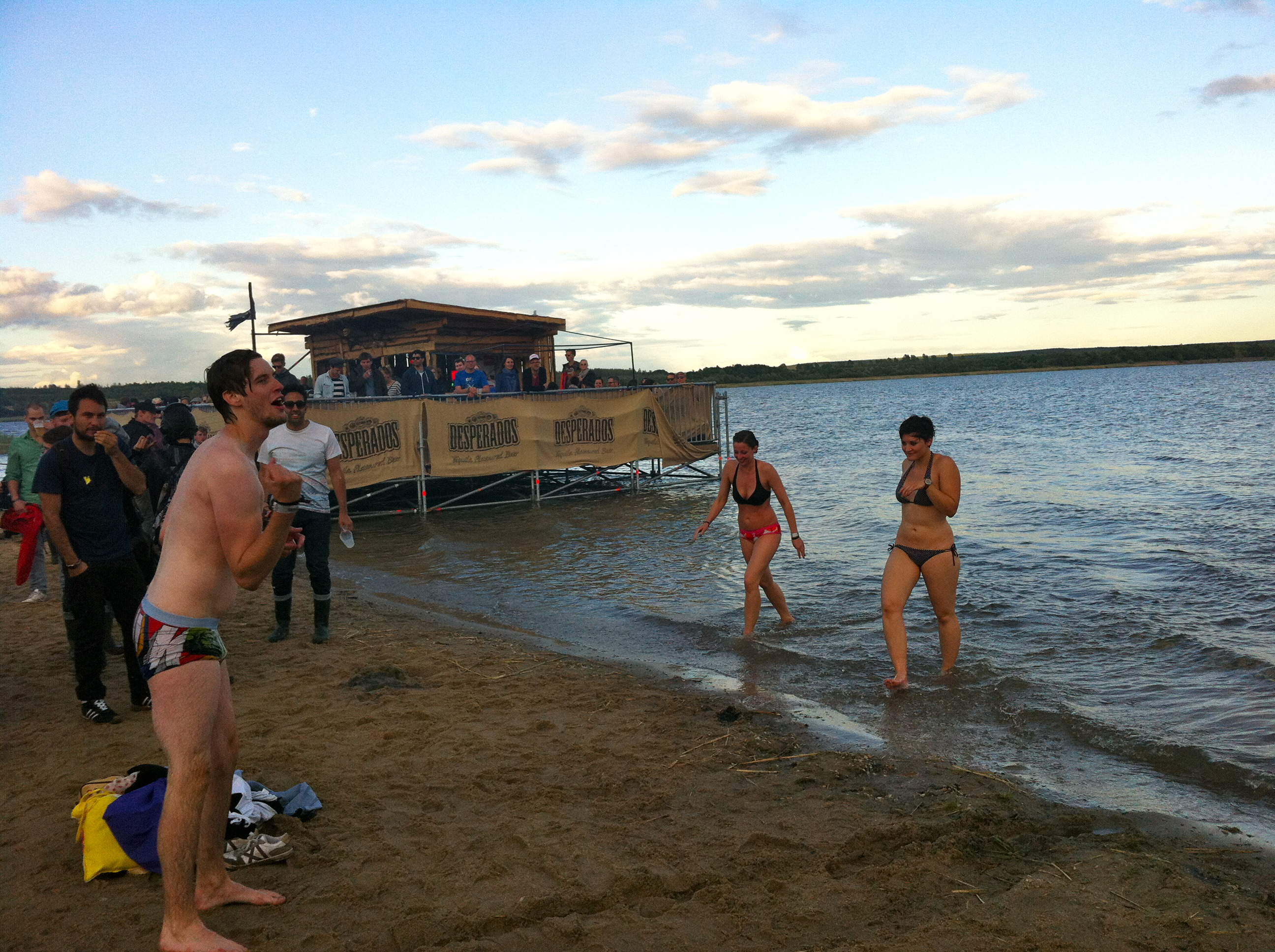 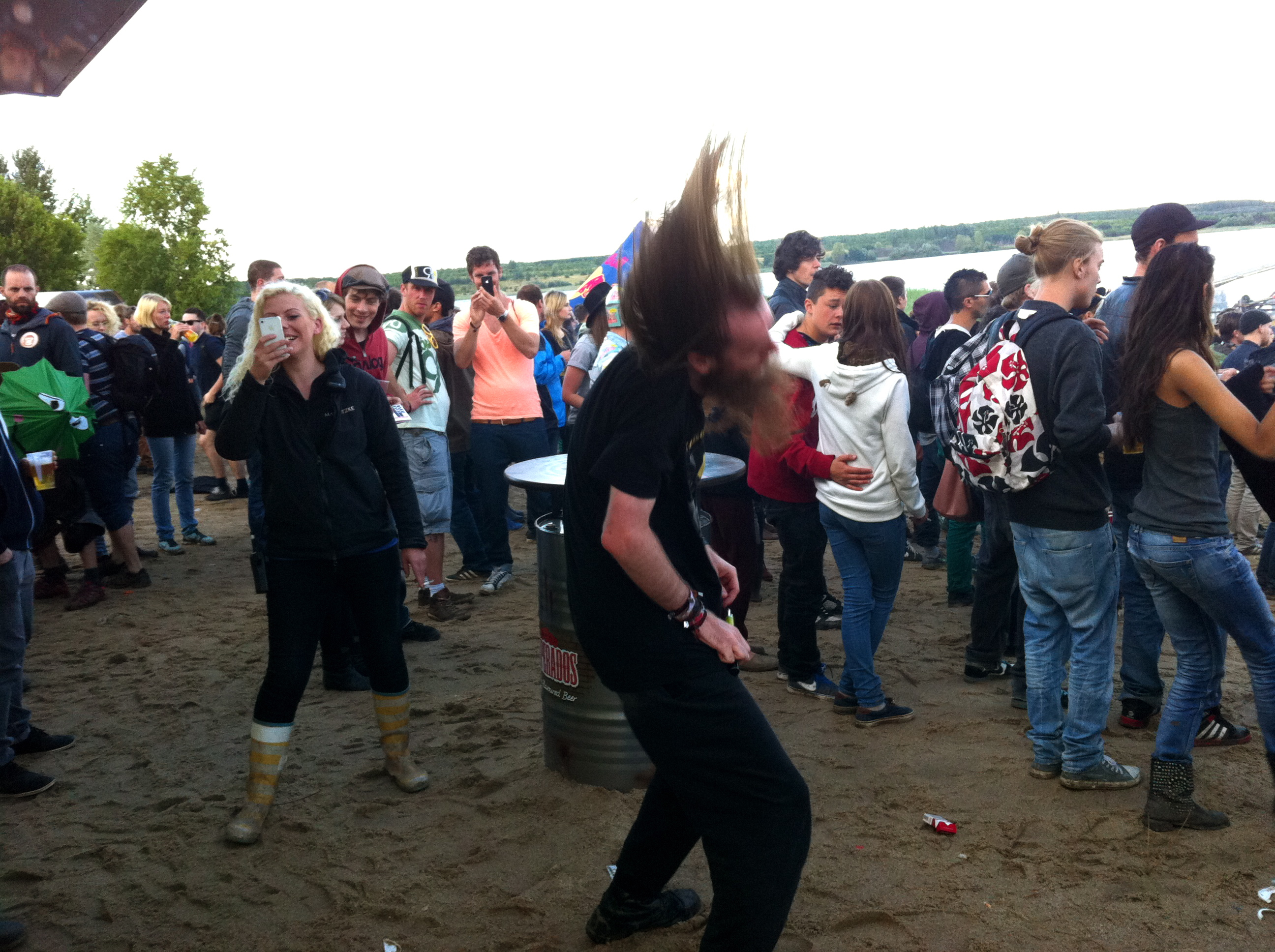 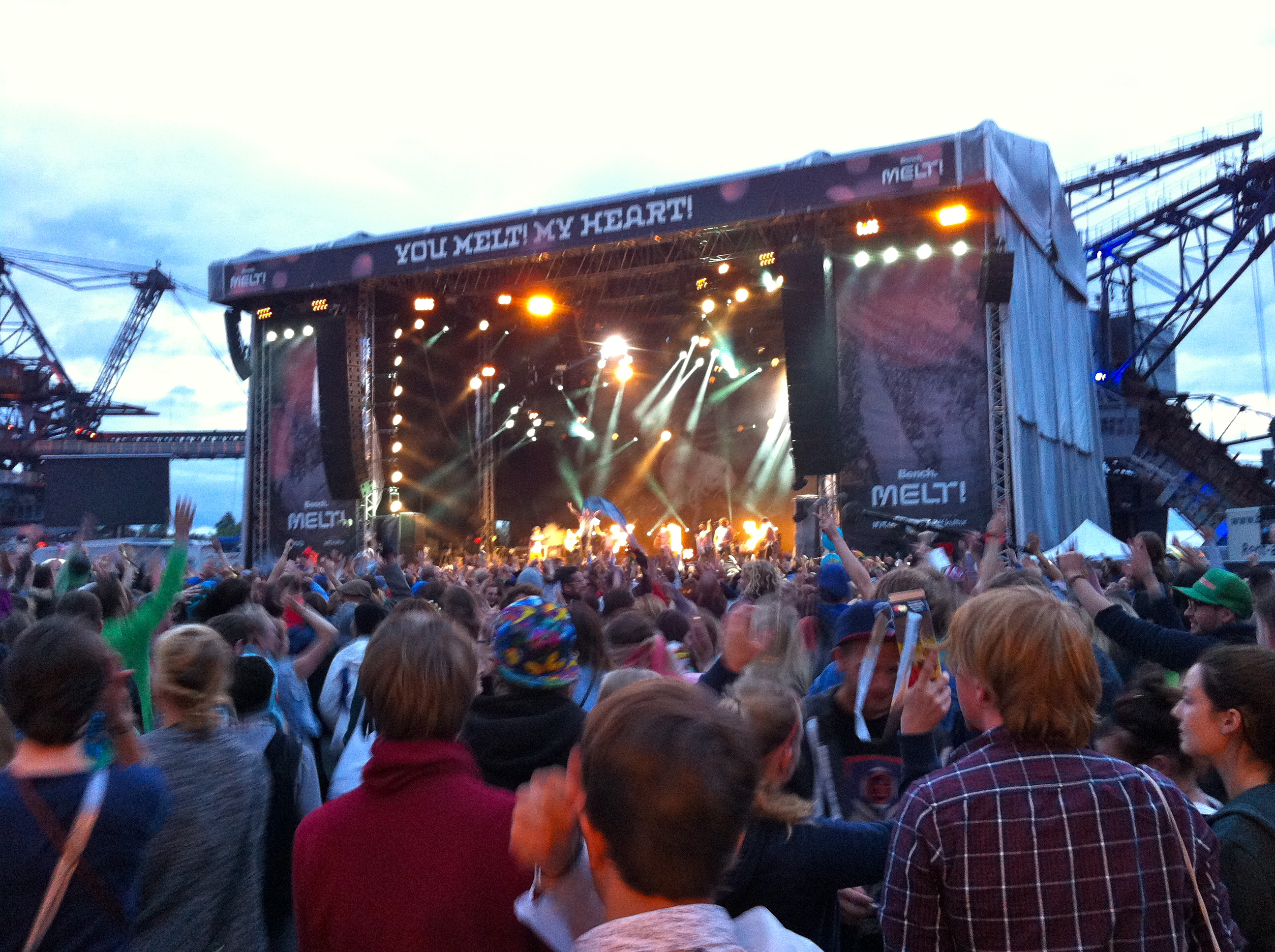 Casper did a good job connecting with the audience who seemed somewhat skeptical in the beginning but later produced an impressive mosh pit.
Afterwards Two Door Cinema managed to rock the big stage this time. I like them and being the good musicians they are, they do a very tight live show. 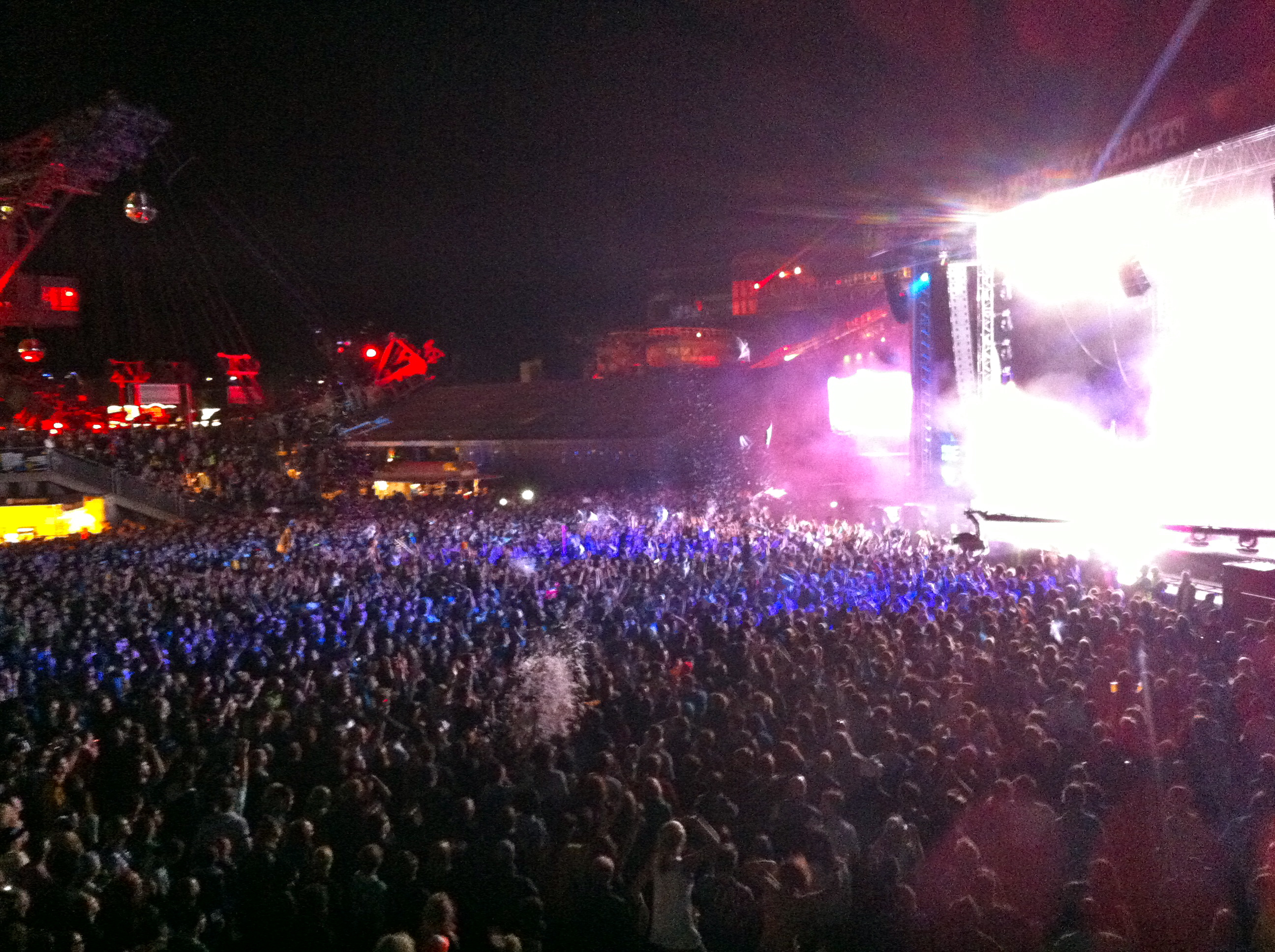 Modeselektor initiated a pillow fight and the crowd drowned in feathers which could be found all over the festival area afterwards. Fun moment.