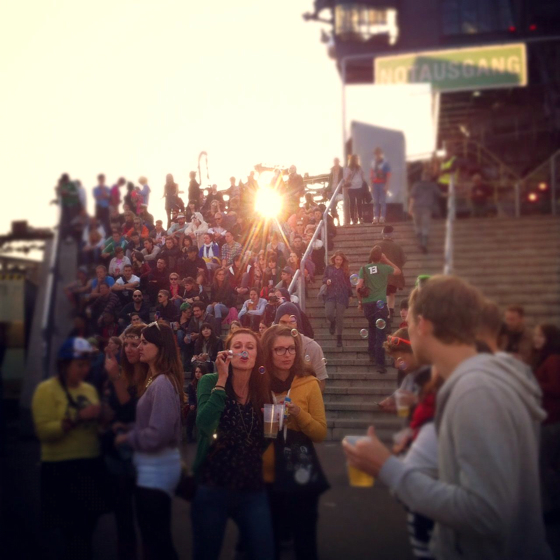 There is a kind of rain which seems inconspicuous. But it’s crawling into your bones after a while, it’s steady and mean and merciless. The horizon becomes blurry and faces become grey. It’s not refreshing, it’s not dramatic. It’s just annoying.

On a festival, this kind of rain is even more depressing and I was really afraid that we were going to have it here at Melt2012. But slowly, during saturday afternoon, clouds faded away and with The Rapture entering the stage, the sun came out eventually. Stage and people bathed in the golden light and the festival finally could start for real. 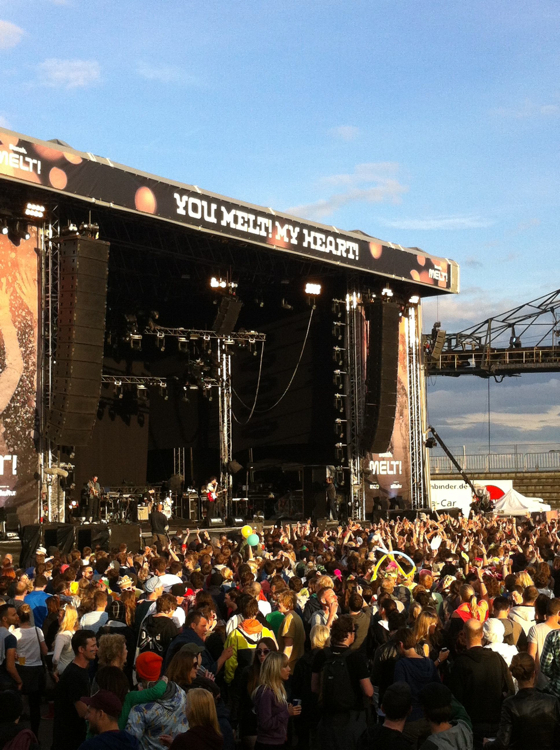 Friday is costume day at Melt so you see many people in colorful disguises. I spotted especially feathers, bows and arrows, Native Americans seems to be a common motto this year. But I also saw Pharaos, popes and sailors, policemen, prisoners, bears and tigers. 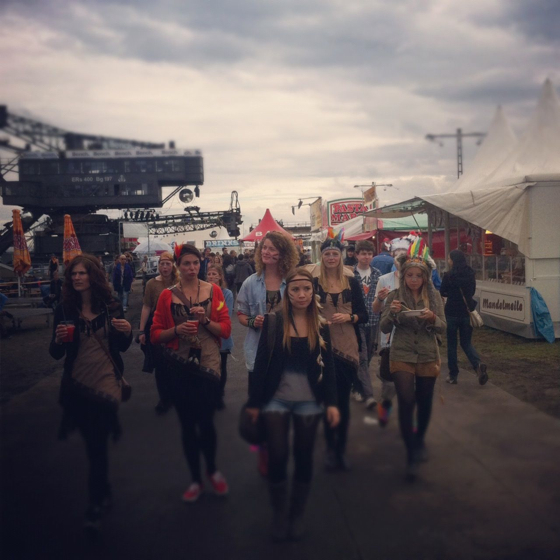 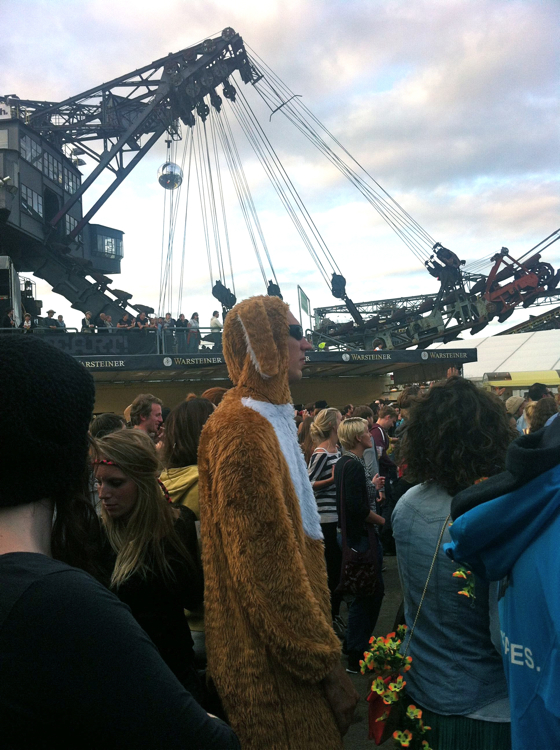 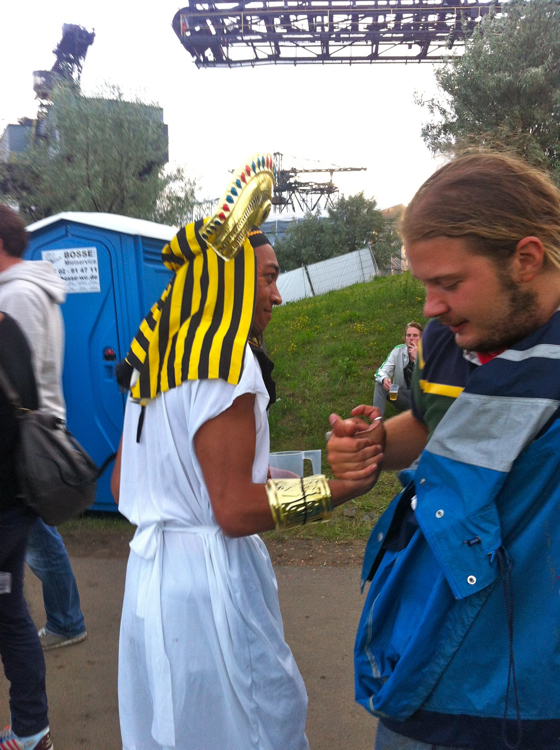 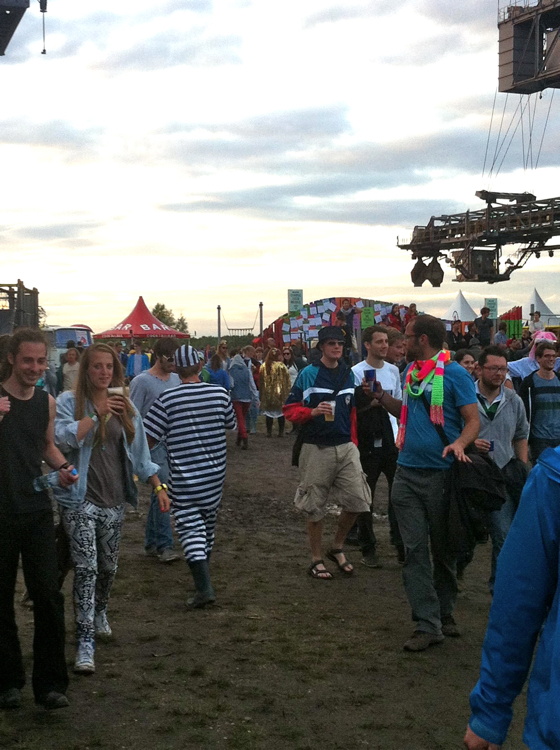 The Rapture left a happy audience and I went over to the Big Wheel floor which is perfect for sunset. This year, the stage rotated so that te sun shines directly on it in the evening. John Talabot and Maya Jane Coles had a good groove there. 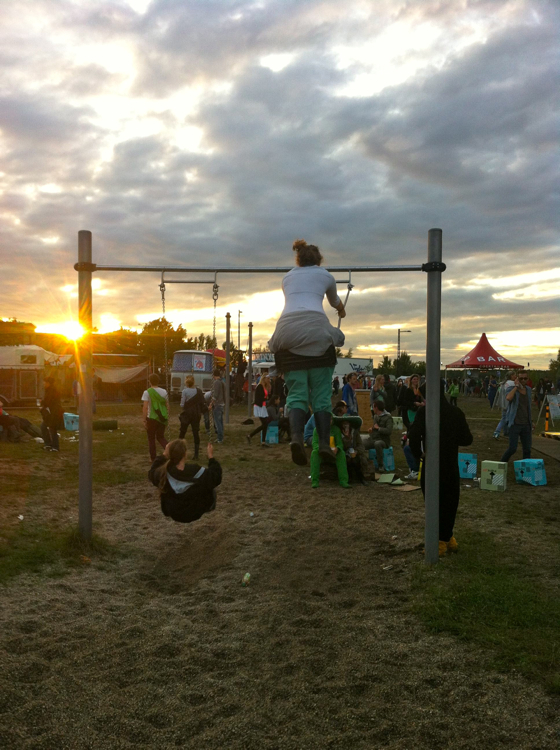 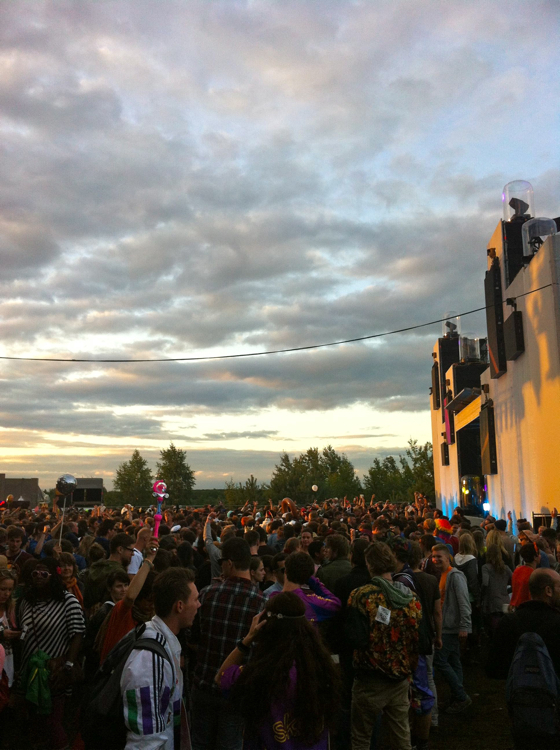 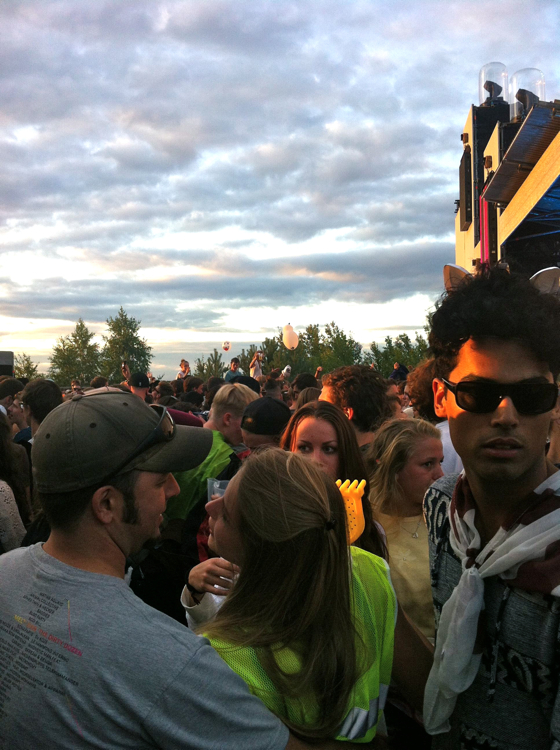 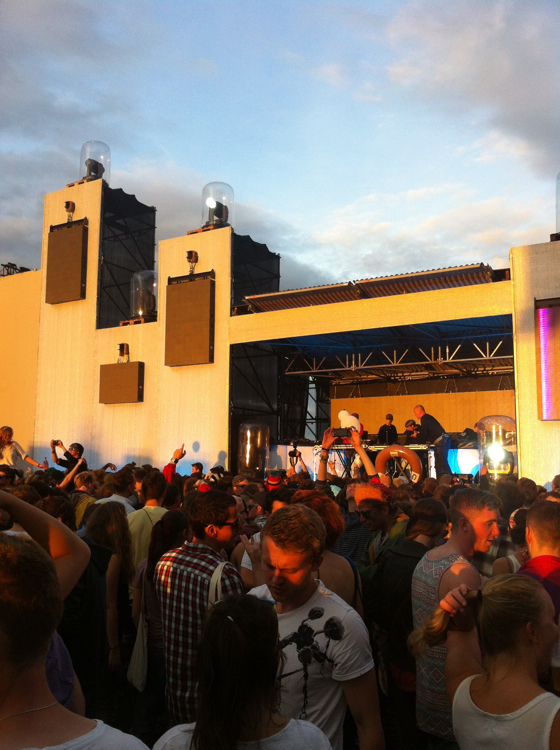 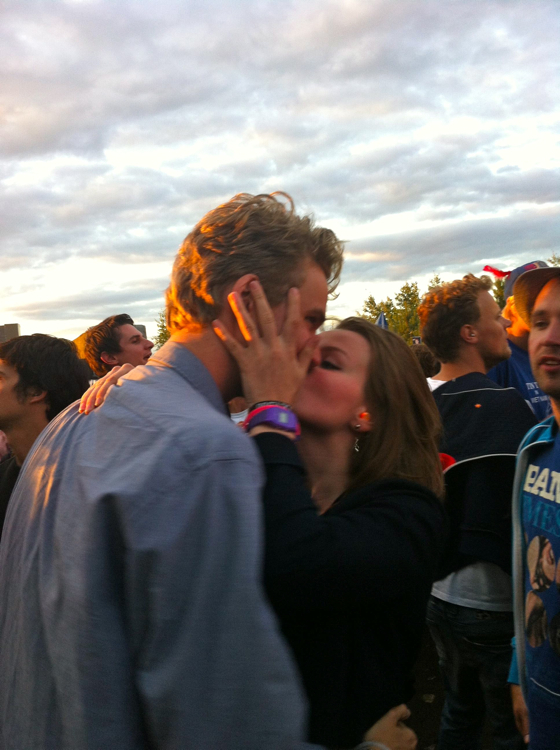 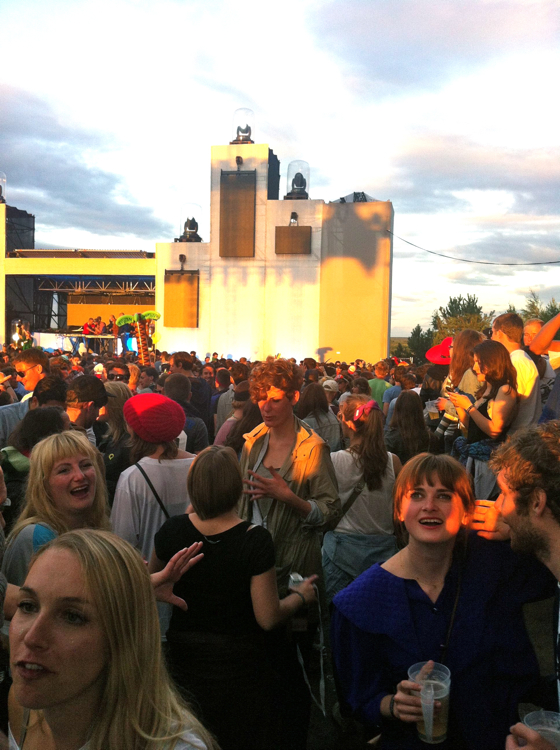 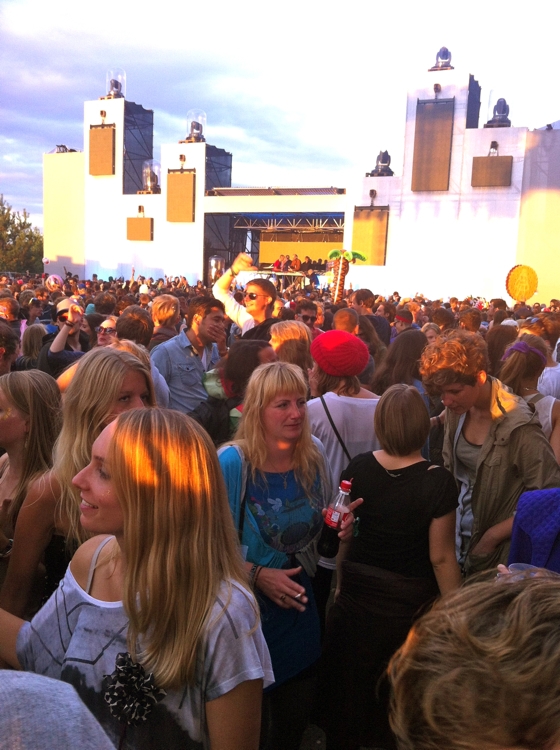 Plan B were ok later on, I don’t like Dillon, I heard Boy were really good, M83 are overrated in my opinion, they proved that again, Caribou were good, Bloc Party well received, Hudson Mohawke really made a difference, Shed took a bit too long to start banging and Nero were really impressive, loud and massive and fun. 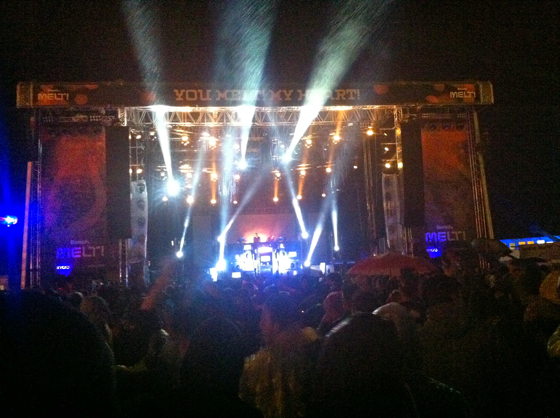 The rain started again but that did not stop the people from dancing. 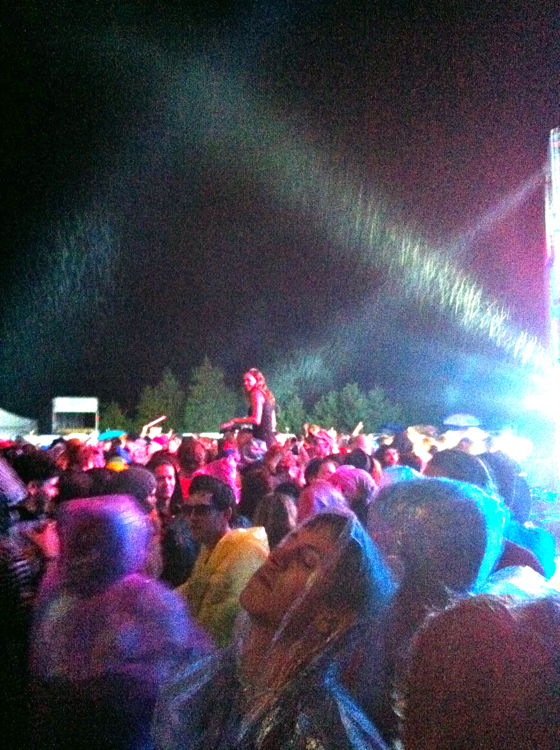 Today I am looking forward to seeing Benga, Phon_o, Lazer Sword, Araab Muzik and Modeselektor live. You can see some stuff live on tv at ZDF Kultur.