Next day we left Santa Clara for good and went to the south coast to Trinidad, one of Cubas oldest colonial towns and touristic pearls. We took this sleepy dude along on the way there: 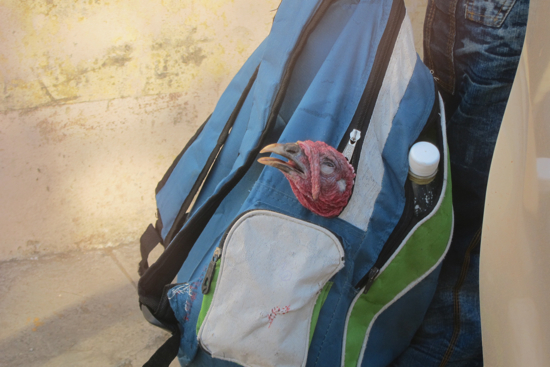 Trinidad has some very nice beaches around and it was time for some swimming and beach fun. Like reading, getting a tan, snorkeling, swimming in the warm Caribbean water. It could have been perfect. But no heaven without hell, in the nicest of moments I stepped into a nasty sea urchin and had a massive sting in my foot. I can tell you, that hurts! Good thing, the pain goes away quite fast, next evening it was gone. But I’m quite sure I still have a piece of that urchin in my foot. Don’t know what to make of that yet. Did I say the sunsets are amazing?

Our day trip on the next day took us to Sendero Vegas Grande which ends at a huge waterfall with very, very, very cold water so no way to swim over and get a natural water massage. But very cool for a hike. The afternoon was long enough for more beach action and after that the party could begin.

Downtown we met Julian, a guy we had given a hitch hike the day before. He is a wrestling coach, greek roman style and lives in Budapest. He actually did train some olympic medal winners and was in Cuba to see his family. He took us around in the town, we had drinks, met his friends, bought some music and street food.

Finally, we ended up in a club which is built in a cave, called “La cueva” or Discoteca Ayala where you walk down many stairs and dance around in between stalactites covered by a high ceiling of stone. 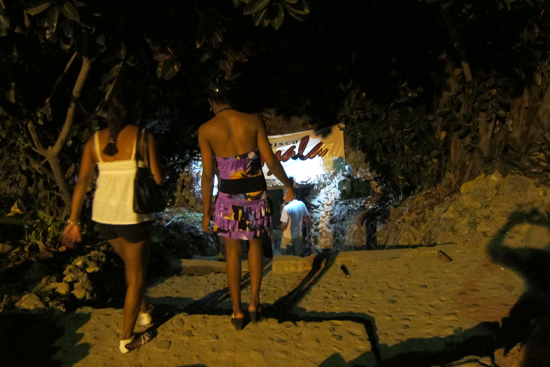 After some sort of acrobatic show with fire and chairs (I can’t quite remember) the people were ready to dance and so were we. The lady in the centre of the show certainly has a good time also:

Good mix of Cubans and tourists and after the last rum we took the most impossible taxi home. 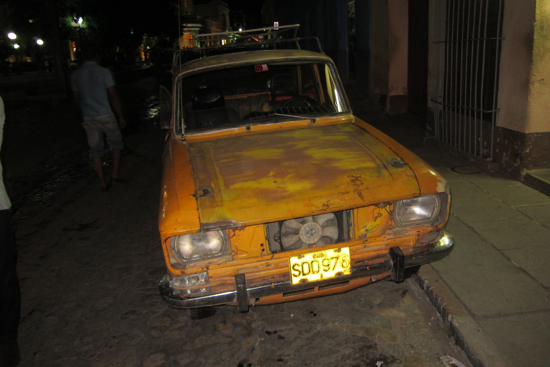 The next day was the day we had to go back to Havana via Cienfuegos. Another famous colonial quite well refurbished town but somehow it lacks the charme of the other morbid and half broken cities. But to be fair: with the hangover from the day before we were not so into sightseeing, did not really give it a chance and decided for another beach to enjoy one last of these amazing.. ah you know.

And that’s about it almost. All of a sudden this trip was going to end, just in the moment we started to understand things. It took us half a day to get out of Havana in the beginning because we did not know the streets or the map. On the way back we went straight to our house like it was nothing. We had passed many tests. We were ready for the next level! 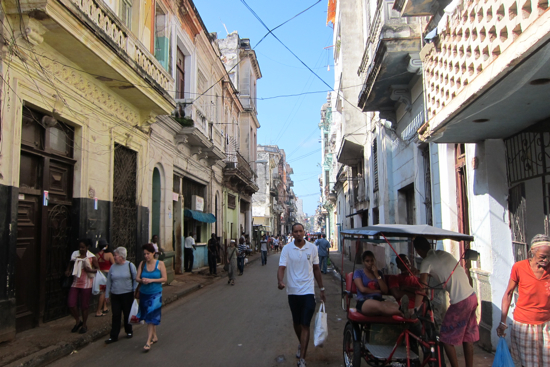 To sum it up: I have definitely not seen enough of Cuba. It is a country which you have to learn to deal with and which has a lot to offer. I have only seen small bits of it and it seems like there is way more to discover.

Finally, we had to give Margarita away the next day which made us feel pretty sad and incomplete. Then spend another last day in Havana with museums and surprisingly good food. And then: back home..

Read part 1, part 2, part 3 and drop me a comment if you want to know more details!