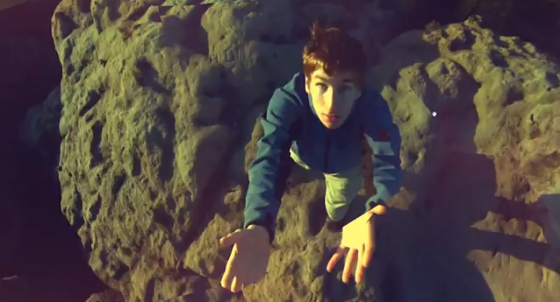 Ever more often lately, I stumble across 360 degree or panoramic video and photo ideas, tools and gadgets. Now I even have the great pleasure to work on a project with that kind of technology together withe the awesome company called Yellowbird from the Netherlands. They do amazing 360° videos which are embedable and follow the linear story of a video along a timeline, and whilst the film is moving you can change the viewpoint of the camera, like looking at the sky or behind you. Their most successful video certainly is the one from a snowboarders perspective which went pretty viral which is understandable, have a look:


I first stumbled across them when I saw a 360° degree video which was embedded into Dorito’s YouTube channel and you could follow a guy into an underground club and watch it again and again to see what was going on behind you, e.g. Sadly, it’s not online anymore.

Today, I discovered a “throwable panoramic ball camera” which is filled with cameras and takes pictures once it’s up in the air. You download the pictures then and put them together with a software, the result is a clickable, zoomable and rotatable panoramic image. Nice! Find out more on Jonas Pfeil’s page and watch a demo video here: