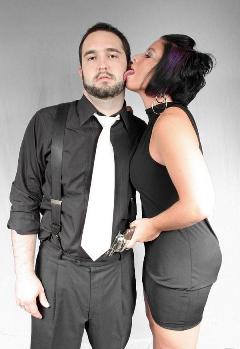 Stylewalker says thank you with Rocca ZillaMany, many people really did suggest me as a speaker, thank you all for that! The message got through, obviously: yesterday I got an email by the Next09 organization team, thanking me for the many applications.

I hope Next09 did not mind the little community campaign I pushed here, I think it was a nice idea to demonstrate a little of that internet community power in real time when it’s exactly the subject I want to talk about. Plus, Next09 got some nice promotion – some people (enthusiasts and professionals about the internet by the way) had not heard about it before. So, let’s see if I make it, I bring you presents from Hamburg for sure if I go!

And here’s one already: “Bring me the head of Zilla Rocca”, by Zilla Rocca, superb oldschooly hip hop shit, especially the second song “The first order of business” which features a Talk Talk sample I would have liked to use as well. If I was a producer. Other influences: El-P, RZA, Kanye West, Dan the Automator, David Axelrod, J Dilla, Havoc, Rick Rubin. Check the Rocca Zilla profile on Soundclick.

Download Zilla Rocca – Bring me the head of Zilla Rocca. [via Passion of the Weiss]