Stylewalker is spinning records since 1995.

Born in a German smalltown, he moved to Cologne and later to Berlin. In this open minded fast moving and changing city with its most different kinds of subcultures he could develop the eclectic style he is showing today. Fascinated by turntablists as well as by the compository style of some techno DJ he is working with records in a fast, precise and technical way. The deep love to music made him a crate digger at Europe’s flea markets to form his huge collection of funk, soul, disco, hip hop and dub, the development of clubmusic added breakbeats, nu jazz and deep dubby house music. During the last years he focused on bass heavy club tunes, sophisticated and multilayered yet ass kicking and danceable. 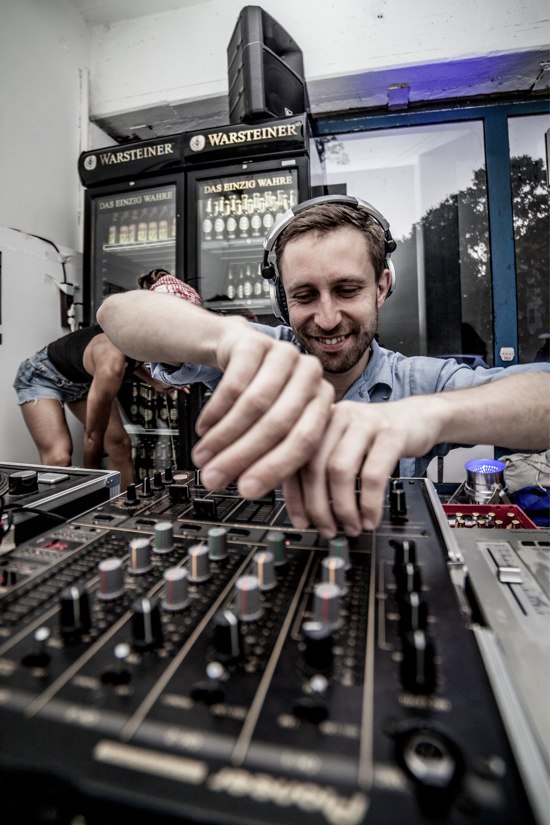 Stylewalker has played in different clubs and parties throughout Europe– Berlin, Barcelona, Cologne, Amsterdam, Leipzig, Hamburg, and Glasgow. You will never find him as the typical nerd with a prepared set unable to react to the audience. Interaction as a DJ means to read the crowd and take the people on a journey. The right song for the right moment.

“Take Stylewalker in its literal meaning.
I get bored focusing on one thing. It is hard to find records that please me. I am walking the styles.
Mix the old with the new, mix dark and bright, fast and slow – focus on the feeling. Two records can be made years apart with the most different influences and still carry the same feeling. Play with the context, tell a story, create something new. Communicate, express. I am an artist and a servant. Dancing people make me happy. That´s basically it.“